Recently, Dutch music selecter Frank de Munnik alerted me on the existence of one „Théodore Gouvy”, a 19th century composer who was literally torn between the struggle of Germany and France. Born as a child of French speaking parents in te Sarre region, 1819, he fell under Preussian government. He could attain French citizenship in 1851 and fell under German control again after the Franco - Preussian war of 1870. His musical studies were in Paris and… Berlin.
Although he had critical acclaim, Berlioz was an admirer, he never made it to „the big league” of 19th century composers. Gouvy died in 1891.
I picked three works of Gouvy that shows his qualities as a composer; the groovy, the goofy and the pathos.
First, the early piano trio op. 18 from 1847, played by the Voces Intimae trio on authentic instruments. Gouvy must have had a marvelous cellist in mind when he wrote this, as the cello part is remarkably active in this trio…!
Then a remarkable Serenade from 1885, with music ranging from echoes of Louis Moreau Gottschalk in the Scherzo and pre-cartoon sound-effects in the first movement, sounding like a 19th century Raymond Scott!
Finally, the original French version of Gouvy's oratorio „Odipe à Colone” from 1881, of which the premiere and subsequent success became his biggest success in life. The choir in this recording is a bit „overenthousiast” in their fiery performance sometimes, but they surely render this oratorio based on a text by Soiphocles with panache and passion.
Hope you will like these discoveries as much as I did…! 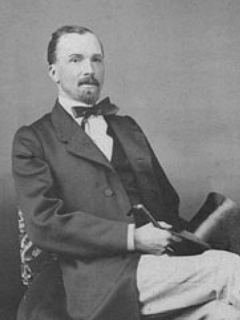 Posted by Otterhouse at 7:16 AM

Past Spotify Playlists (per date of publication)