To many peoples surprise, Dutch conductor Jaap van Zweden will be the Chief Conductor of the New York Philharmonic Orchestra. Questions were raised; is he up to the job? Will the orchestra members get along with him? Is he at home in contemporary repertoire? To start with the last question, maybe not in Dallas, where he conducts the Dallas Symphony orchestra, but he certainly is in the Netherlands, where he conducts many contemporary orchestra works. Check this archive page of the Dutch PBS Radio 4.
http://www.radio4.nl/persoon/485/zweden-jaap-van (scroll below for the concert archive)
Is he up to the job? In an earlier blog page, I made a spotify list of Jaap van Zweden with a fine Bruckner 6 and a magnificent Mahler 5, http://classicalspotify.blogspot.nl/2014/12/jaap-van-zweden-on-spotify.html but wondered if he could pull the same quality from the Dallas Symphony Orchestra. Not always, as Beethoven 5 and Mahler 6 were just nog my taste, but I did find some other recordings I would like to share that gave me confidence for his New York job.
Sweeping opening chords and firery last movements in Beethoven 7, Willful winds and sweet toned strings in Tchaikovsky 5, from the same composer the Mozertiana suite (not so well known), first two movements bit underplayed but followed by glorious “Ave Verum” and big variations movements and as last on the playlist the most recent recording, a warm Dvorak 9.

Hope you will enjoy the recordings selected below! 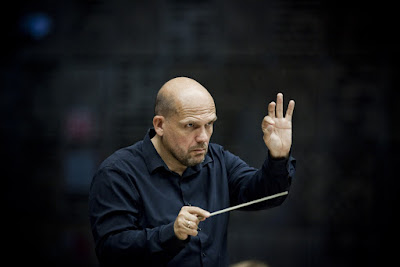 Posted by Otterhouse at 8:02 AM

Past Spotify Playlists (per date of publication)